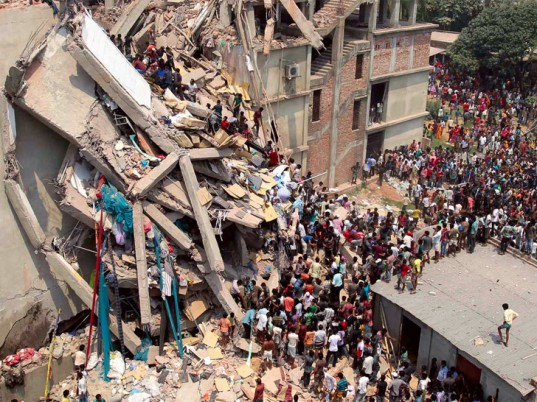 Why Creed LA Fights For Fairness

The world watched & read with horror that fateful day in April, 2013. On that day, over 1100 people lost their lives when Rana Plaza, a shoddily built garment factory outside the city of Dhaka, Bangladesh, collapsed as a result of substandard materials, workmanship, and lackadaisical building codes. Over 42 people have since been brought up on charges of varying degrees, including murder, for what has become known as the “deadliest garment factory accident in history”. The gross amount of negligence and oversight that resulted in these fatalities was completely unnecessary.

We’d like to think that no such calamity could ever happen here in the United States.

Indeed, we confidently walk into public and private buildings alike without ever considering the “what ifs” that led to a disaster like Rana Plaza. A large part of this confidence and security comes from knowing that all facets of the construction process are completed through the adherence to strict standards and regulations, all thanks to the expertise of architects, engineers, inspectors, and especially, local labor unions. These proud organizations represent the best of the electrical, plumbing, and mechanical trades and include the International Brotherhood of Electrical Workers (IBEW), United Association (UA), and SMART. Together, they form the backbone of America, and it is precisely through the efforts of these hardworking, highly trained, and highly skilled Americans that we don’t have disasters like Rana Plaza.

The Coalition for Responsible Equitable Economic Development (CREED LA) fights to ensure that developers pay fair wages to the hard working men and women throughout the construction trades while simultaneously providing them with quality health care, continued training, and trustworthy retirement plans. As a result, CREED LA proudly supports exceptional construction projects throughout Los Angeles that not only positively impact the local community, but support LA’s working families in the process.

To learn more about how our non-profit organization fights for fairness, contact Jeff Modrzejewski at (877) 810-7473.