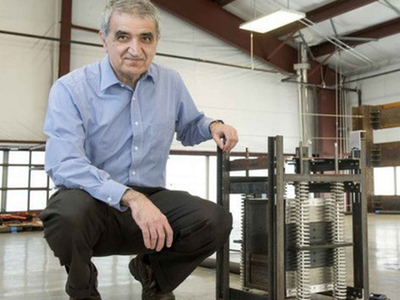 March 17th, 2017 Posted by creedla Environmental News No Comment yet

A New Twist on a Weighty Matter

When most people think of tuned mass dampers, they immediately call to mind the variants installed within the stunning Taipei 101 in Taiwan or near the top of the slope-roofed Citigroup Center in NYC. In fact, when the latter opened in 1977, it was the first skyscraper in the United States to feature this type of sway mitigation apparatus. Able to quell movement due to wind by almost 50%, these behemoths weigh in at a far-from-svelte 400+ tons!

Recently, researchers at Virginia Tech, led by architecture professor Mehdi Setareh, developed an incredibly compact, portable tuned mass damper that can reduce structural vibrations in structures by up to 75%. Weighing under 300 lbs., their device can be tuned on-site with a custom smartphone app. This is a far cry from the highly complex tuning methods that need to be employed on large dampers that might otherwise occupy 1000 ft2 of space.