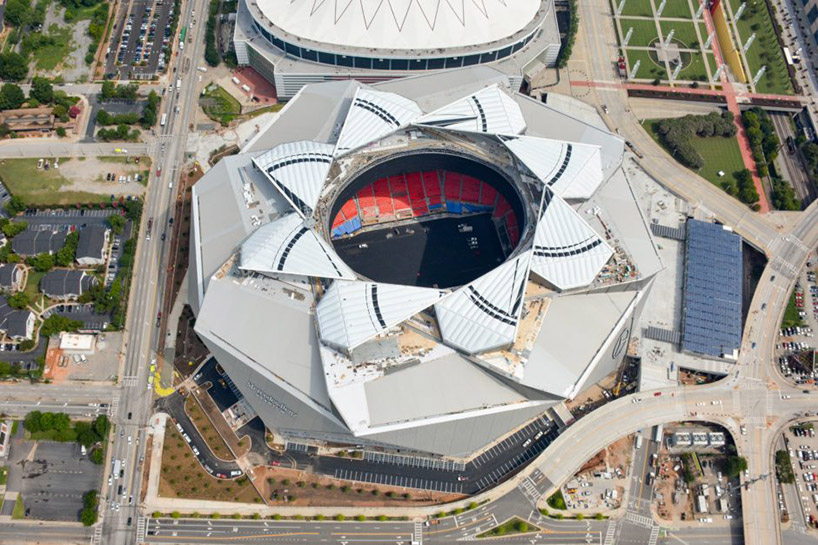 October 27th, 2017 Posted by creedla Architecture No Comment yet

Large-capacity stadiums capable of seating over 70,000 crazed fans is nothing new as most major metropolitan areas have professional sports franchises warranting the construction of such facilities. For the most part, these stadiums are of a roofless design, leaving players and fans vulnerable to the elements. For some, that’s merely part of the experience, but there are an overwhelming majority of people who, for good reason, don’t want to get wet, freeze, or sweat after spending $500 between a pair of seats and concessions… Go figure!

The Atlanta Falcons (NFL) and Atlanta United (MLS) will share the newly constructed Mercedes-Benz Stadium. Designed by HOK, it features many unique design elements, including an eight panel retractable roof inspired by the Roman Pantheon. Resembling a pinwheel, it was designed to open or close in just 12 minutes, allowing fans to enjoy much more than just the game, regardless of weather.