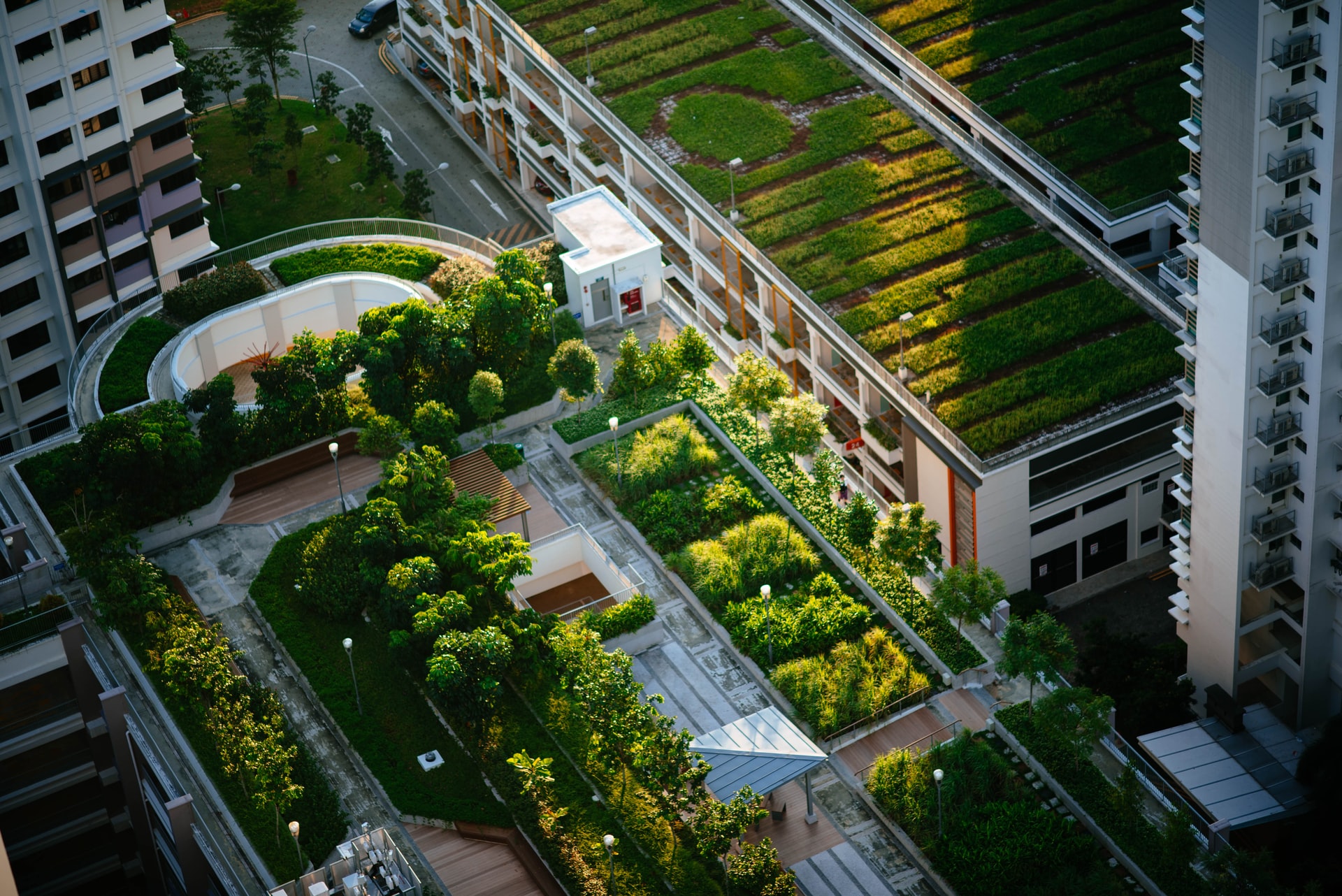 October 1st, 2021 Posted by jose@creedla.com Uncategorized No Comment yet

As early as the 1980’s, California’s Department of Energy conducted ‘cool roof’ studies of reflective rooftop coatings designed to decrease heat absorption and lower energy costs. The results showed significant energy savings of 7-15%. At the same time, researchers discovered that vegetated or ‘green roofs’ could save energy and reduce the overall air temperature in urban areas.

Fast forward to 2001–cool roof technology (including foam roofs, BUR systems, modified bitumen, and single-ply membranes as well as reflective coatings) became the standard in California to help deal with the massive demands for energy that often resulted in rolling blackouts. Solar panels were emerging at this time as a viable energy-saving option.

Fast forward again to 2021—green roof technology, which had lagged behind standard cool roof tech, has emerged forcefully as our best current roofing option to conserve energy and combat soaring urban temperatures. While solar panels are popular as an energy-saving measure, they lack the atmosphere cooling ability of green roofs.

Though the U.S. is slow to the party, green roofs have been widely and effectively used in Europe for over 40 years. The advantages are many.

There are two main reasons we have been slow to adopt green roof technology–cost and complexity of installation. According to a recent study by the University of Michigan, a 21,000 sq. ft. green roof cost roughly $100,000 more than a conventional roof–a substantial upfront cost for property owners. At the same time, the study reported that the green roof would reduce energy needs sufficiently to save $200,000 over its lifetime. Note that loans through the PACE program offer long-term, fixed-rate loans for properly assessed clean energy financing in 21 states.

Installers must take into account the weight load on the roof and the reliability of the waterproofing system, as after construction, leaks are notoriously difficult to pinpoint. The intensive green roofs typically found on urban buildings require expertly installed irrigation and drainage systems.

Intensive green roofs are complex, painstaking to install, and typically consist of these eight layers in order: