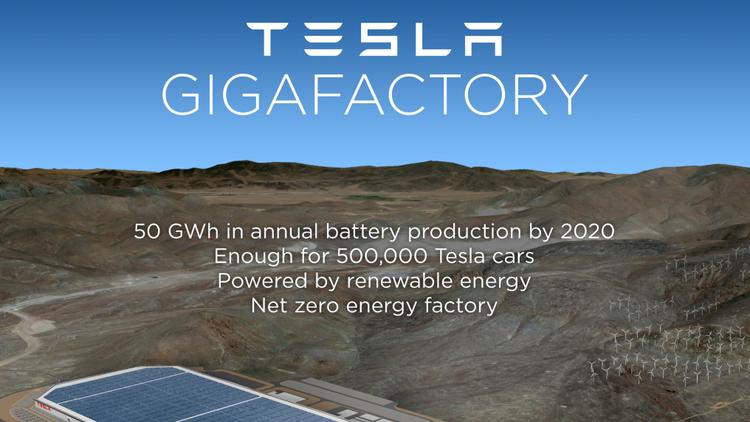 Tesla’s Gigafactory is the key component in their quest to help the world transition to sustainable energy.

Elon Musk, the modern-day industrialist and founder of Tesla, is seeking to revolutionize the way we perceive what is possible with sustainable energy. Central to his business plan is a structure called the Gigafactory. Located in Nevada, just outside the city of Sparks (ha!), this mammoth structure will be the second largest building in the world by footprint at 5.5 million ft2. Central to Tesla’s sustainability mandates, the Gigafactory will run entirely on renewable energy, primarily solar & wind power. More importantly, it’ll have the ability to recycle old battery packs, which will allay the concerns critics have regarding the current proliferation of battery technology.

The Gigafactory will serve as Tesla’s battery production facility for their automotive, residential, and commercial-based products. Its name is meant to reflect the facility’s planned battery output of 35 gigawatt-hours (GWh) annually. When one considers that “giga” represents one billion, the scale of Tesla’s ambitions becomes shockingly evident.