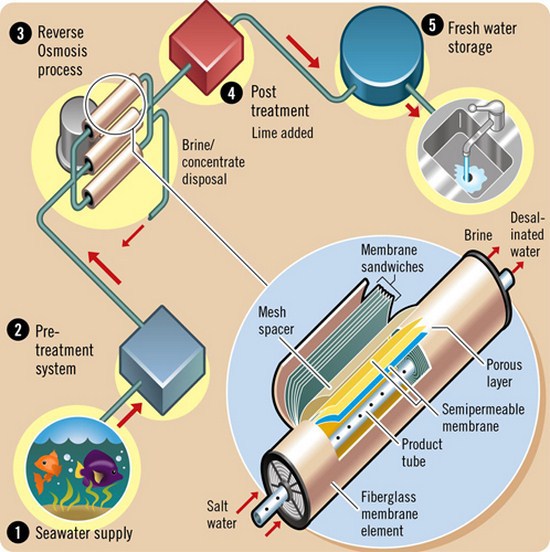 Mankind has known that sea water is undrinkable due to its excessive salinity, but that hasn’t stopped us from trying to find ways to desalt the sea.

Since ancient times, distillation has been utilized to remove salt from the water, making it drinkable. Today, the process of removing salt and other unwanted molecules from seawater is better known as desalination and it typically relies on more advanced and energy efficient methods than distillation alone. Called reverse osmosis, it involves the use of synthetic, semi-permeable membranes in which the pores are only large enough for water molecules to pass through. The water is pressed, under very high pressures, through the membrane, leaving fresh water on one side & a salty brine on the other… Nothing else, including salt molecules, microorganisms, or pollutants pass through! Reverse osmosis is one of the most commercially viable options to bring fresh water to areas of the world that would normally be without.