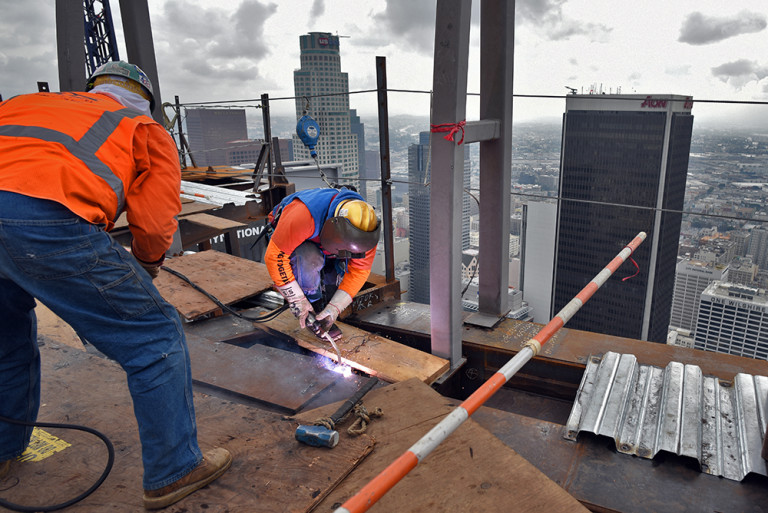 Ironworkers Were Instrumental in Helping the Wilshire Grand Center

The accolades & critical acclaim for downtown LA’s new 73 story Wilshire Grand Center wouldn’t have been possible without the work of thousands of people in varying trades. However, ironworkers from helped the 1,100 ft. structure not just rise taller than anything else in the city – and taller than anything west of the Mississippi River for that matter – but set a world record doing so!

Turner Construction Company sought to claim the record for the largest continuous concrete pour, amounting to 21,200 cubic yards altogether. To do so, approximately 7 million pounds of reinforcing steel was expertly placed and tied by ironworkers. Over the course of six weeks, these hardworking individuals readied the site so the pour attempt could take place. Finally, on Saturday, February 15, 2014, concrete began flowing into 18-foot-deep rebar and… Record accomplished!